Breakdown of Eagle Flight by Ubisoft

Last week, I was fortunate to attend the Game Developers Conference (GDC) at San Francisco. I was excited to be part of the event and to check out all the latest advancements and talks in the game development community. Another major attraction towards the event was ofcourse VRDC. This time, GDC had a dedicated mini-conference for virtual reality. This was not even a summit. It was much more than that. They actually had to shift the venue to a larger space to accommodate for the large number of people who were attending that event. There were a lot of interesting virtual reality experiences. 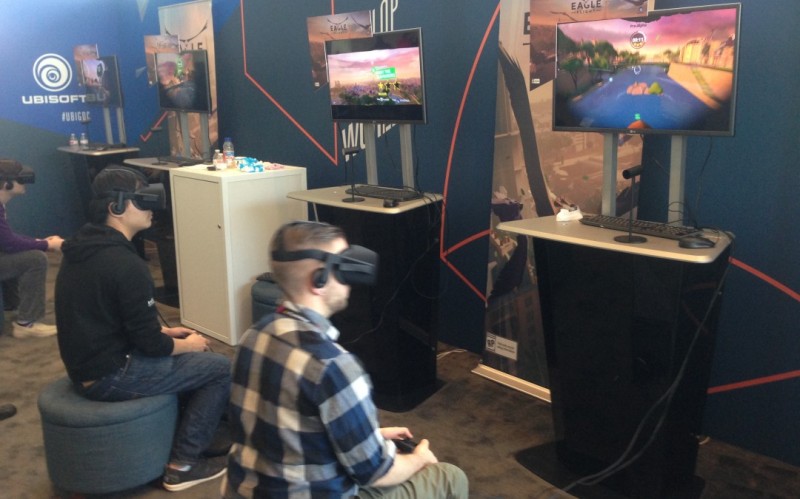 One of them that caught my attention was the Eagle Flight game by Ubisoft for the Oculus Rift. During our research and development for Sony PlayStation, I tried out many games for virtual reality, but this game gave me a higher sense of immersion compared to many others despite being grounded to a chair. The game comprised of a 2 vs 2 capture the flag setting over the network. Guests were not falling sick despite being a fast-paced game. The game had a black vignette effect around the periphery of the eyes which dynamically changed as you tilted your head to change direction of the eagle. This was interesting as it blocked out the light to your eyes from that direction. But this effect was not viewable while wearing the headset. The only way I noticed this was by observing others play the demo. Research proves that motion is most perceived using the corner of our eyes. 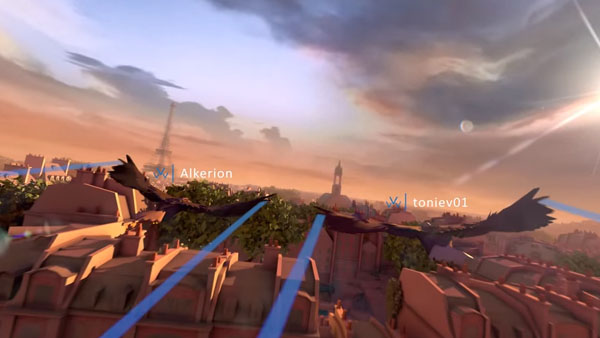 Also, the game implemented a subtle motion blur which always directed the guest’s eyes to the center of the screen. The game also has a beak as a point of reference as though the guest is being railroaded in virtual reality. The game being fast paced, got me slightly sick, not during the fast-paced chasing sequences but when I got out of such situations which was surprising to me as I always avoided fast paced sequences during the prototyping phase for our projects. I noticed a lot of guests including myself, weaving their way through the buildings, either chasing or being chased by their opponents. It was interesting to see that none of them were actually falling sick in the experience.

In short, the game is quite well made for virtual reality and Ubisoft has given more emphasis on the head-based tracking rather than mapping out a bunch of controls to a controller. 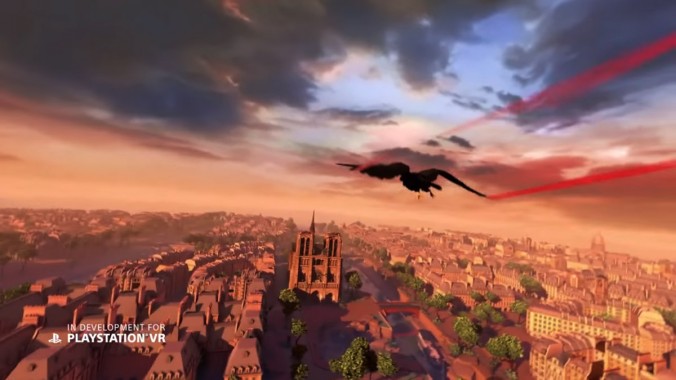